PAUL: The devastating collateral damage of an insidious drug-war weapon 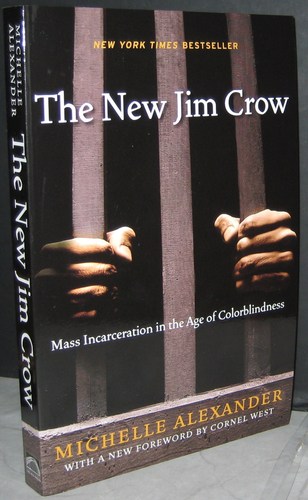 If I told you that in America almost 1 million black Americans were forever forbidden from voting, you might think I was talking about Jim Crow 50 years ago, but you would be wrong. According to the Sentencing Project, a staggering number of nonviolent individuals who have been released from prison, are not on probation or parole and who have committed no further crimes, are forever prohibited from voting.

Many black Americans are prevented from ever voting because of the war on drugs.

On Wednesday, I testified before the SenateJudiciary Committee and described the injustice and effects of mandatory-minimum sentences.

These sentences are disproportionally affecting minorities and low-income communities. A recent report from the American Civil Liberties Union reports that blacks are four to five times more likely to be convicted for drug possession. Some dismiss this because they think blacks are committing more drug crimes, but in June, The New York Times reported that although black Americans were four times more likely to be arrested than whites for marijuana possession, both groups used the drug at similar rates.

Why are the arrest rates so lopsided? One widely cited study by The San Jose Mercury News reviewed 700,000 criminal cases that were matched by crime and criminal history of the defendant. The analysis revealed that similarly situated whites were far more successful than blacks and Hispanics in the plea-bargaining process.

Today, the United States incarcerates more people than any other country in the world, and the racial disparity in arrest rates has been absolutely devastating to the black community. Professor Michelle Alexander has even called the war on drugs “the New Jim Crow.”

It’s not just black Americans. Regardless of the color of your skin, the war on drugs has ruined the lives of thousands of young people.

I know a man about my age in Kentucky who grew marijuana plants in his apartment closet in college. Thirty years later, he still can’t vote, can’t own a gun, and when he looks for work, he must check the box that basically says: “I’m a convicted felon, and I guess I’ll always be one.” Getting a job is nearly impossible for him.

John Horner was a 46-year-old father of three when he sold some of his prescription painkillers to a friend. His friend turned out to be a police informant, and he was charged with dealing drugs. Horner pleaded guilty and was later sentenced to the mandatory minimum of 25 years in prison.

John will be 72 years old by the time he is released, and his three young children will have grown up without him. The informant, who had a long history of drug offenses, was more fortunate — he received a reduced sentence of just 18 months, and is now free.

So many judges oppose mandatory-minimum sentencing precisely because such an arbitrary law does not take into account that each case is different.

I want to be clear: I am not advocating for any type of get-out-of-jail-free passes for individuals who break the law. I am simply arguing that the federal government should get out of the way, and allow local and state judges to do their jobs.

Mandatory-minimum sentences automatically impose a minimum number of years in prison for specific crimes — usually related to drugs. By design, mandatory-sentencing laws take discretion away from prosecutors and judges so as to impose harsh sentences, regardless of circumstances.

Since mandatory sentencing began in the 1970s in response to a growing drug-and-crime epidemic, America’s prison population has quadrupled, to 2.4 million. America now jails a higher percentage of its citizens than any other country, including China and Iran, at the staggering cost of $80 billion a year. Drug offenders in the United States spend more time under the criminal justice system’s formal control than drug offenders anywhere else in the world.

Most public officials — liberals, conservatives and libertarians — have decided that mandatory-minimum sentencing is unnecessary. At least 20 states, both red and blue, have reformed their mandatory-sentencing laws in some way, and Congress is considering a bipartisan bill that would do the same for federal crimes.

About 1.3 million people — more than half the total prison population — are behind bars for nonviolent crimes, and federal prisons are 40 percent over capacity. “It’s a waste of tax dollars and human lives,” said Anthony Papa of the Drug Policy Alliance. It’s time for these unjust laws to end.

On March 20, I introduced the Justice Safety Valve Act of 2013 with the Sen. Patrick J. Leahy, Vermont Democrat. We have been joined by Sens. Carl Levin, Michigan Democrat; Angus King, Maine independent; and Kristen Gillibrand, New York Democrat, in the Senate, and Rep. Robert C. “Bobby” Scott, Virginia Democrat, joined by 11 others, introduced similar legislation in the House. The legislation is short and simple. It amends current law to provide “authority to impose a sentence below a statutory mandatory minimum” if certain requirements are met.

Mandatory-minimum sentencing has done little to address the very real problem of drug abuse, while also doing great damage by destroying so many lives. Each case should be judged on its own merits, yet mandatory minimums prevent this from happening. The Justice Safety Valve Act will be an important step in improving justice in our nation’s courtrooms.