The Death of Psychiatry
Conspiracy Forum

The Death of Psychiatry 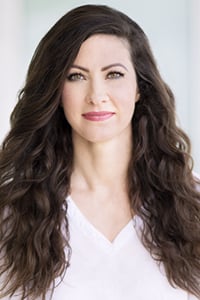 I came through integrative medicine as a stepping-stone to holistic care.  As someone who has always had an intellectual rebellious streak, I like to question, push, and think outside of the box.  Alternative medicine had always been a circus curiosity for me until I sat in a lecture by Dr. Richard Brown, and learned about supplements and herbs like Rhodiola Rosea and S-adenosylmenthionine (SAMe) that could be added on to medications or used on their own to change mood and enhance wellness.  I practiced in this way for a couple of years, prescribing and strategically augmenting, before understanding that true personalized, lifestyle medicine obviates the need for medication.  It gets to the root.  I no longer wanted to enhance psychotropics, I wanted to eliminate them.

It was around the time of this awakening that I began to read the work of a psychiatrist Peter Breggin MD, journalist Robert Whitaker, and psychologist Irving Kirsch PhD.  Here are some highlights of what they taught me and how they changed my practice:

Peter Breggin MD – Dubbed the “conscience of psychiatry”, Dr. Breggin believes the use of psychotropics is not only insufficiently evidence-based, but it is dangerous.  The experience of withdrawal from these medications highlights the extremity of these effects and should be assumed to represent the body’s efforts to requilibrate rather than relapse of the underlying illness. He highlights risks such as tardive dyskinesia, akathesia, and more subtle risk factors that accumulate over time that he terms: “medication spellbinding”, affective volatility, and chronic brain impairment.  He promotes a compassionate model of family therapy and calls on evidence from Soteria House and the Finnish model of Open Dialogue to argue for the efficacy of non-pharmaceutical treatments for illnesses as severe as schizophrenia.

Irving Kirsch, PhD – Careful analysis of the role of the “active placebo” in available clinical trials (38 trials including 3,000 patients) on antidepressants reveals that the placebo effect is the driving force behind these agents (75% of the treatment effect).  He discusses medical ghostwriting, the selective publication of positive data, suppression of negative data and the recirculation of data so as to create the impression of a greater evidence base.  He explores the relationship between the FDA and pharmaceutical companies and the levels of enmeshment that preclude effective monitoring.  He, also, like Breggin and Whitaker, debunks the chemical imbalance theory exposing that there is no evidence supportive of serotonin deficiency, and that, moreover, a placebo-controlled trial of reserpine – the medication that was stated to pivotally support the monoamine hypothesis of depression – didn’t make people depressed at all.  And Stablon, a serotonin reuptakeenhancer is also effective as an anti-depressant.  SNRIs, SSRIs, TCAs and heterocyclics all work equally well (26% according to STAR-D), once again, arguing against a cohesive mechanism underlying the disease. He states:

“The biochemical theory of depression is in a state of crisis.  The data just do not fit the theory.  The neurotransmitter depletion studies… show that lowering serotonin or norepinephrine levels does not make people depressed.  When administered as antidepressants, drugs that increase, decrease or have no effect on serotonin all relieve depression to about the same degree.  And the effect of anti-depressants, which was the basis for proposing the chemical-imbalance theory in the first place, turns out to be largely a placebo effect.”

Robert Whitaker – Mental health disability rates are higher than they have ever been, and in many ways parallel the increased prescribing of psychotropics to the masses. Medication exposure, on the other hand, does exact meaningful perturbations to bodily systems that force the accommodation to the body over time.  We no longer have an understanding of the natural course of mental illness, and if we look at naturalistic and observational data, it suggests that patients who are never treated have higher functioning in society.  Medication plays a significant role in transforming what would otherwise be an episodic acute illness into an unremitting, recidivistic chronic one.

What was potentially more disturbing than insights into the corrupt nature of our regulatory agency around licensing of pharmaceuticals was the fact that I had never, in a decade of training, heard a whisper – not even to refute or criticize – of studies discussed by these thinkers.  I was never introduced to a culture of caution around these agents, and certainly not introduced to any alternatives, or any consideration of what might truly be driving some of these states.  I hope that the cards begin to fall in psychiatry’s house because people who are suffering deserve better.

None of these experts, however, speak to why so many people are suffering – to the role of lifestyle and a toxic environment.  I believe my perspective dovetails nicely with the abandonment of psychiatry as a discipline and the awakening to a whole-body wellness discipline called functional medicine.