Re: The "UNDIVIDED STATES of AMERICA" ?
Ask Trapper

Re: The "UNDIVIDED STATES of AMERICA" ?

You are missing the point. If its such a burning question for you, which is questionable, then you can go to the Online Etymology Dictionary & find it out for yourself.  But I can explain it again. ... You said you want me to explain ["in my words"]...

First of all, words are not "my words", they are the words of a system that are not intrinsic to my very nature. They come from outside of who I am. The same can be said about "Your" words, they are not "your words." The words you are using are borrowed from somewhere else.

You have changed the wording. It was actually from 30,000 feet.
But it's quite obvious, you want to play a word game with someone.
Remember? You asked "does this sound a lot more realistic" to change the words from "The UNITEDSTATES OF AMERICA" to "The NORTHERN STATES OF AMERICA" and "The SOUTHERN
STATES OF AMERICA"? These are the words you used.
As I explained previously, playing with words is like pruning the leaves of a tree. It's a superficial attempt. Rather than digging down to get at the very root cause(s), you are playing with the leaves on a tree, which lay on the surface, on the circumference. This is a reflection of yourself.
Words do have a use though, they can reflect, as in a mirror, the inner workings - introspection - of the person(s) that is using them.
It can also be called "psychological projection." Define 'psychological projection'. 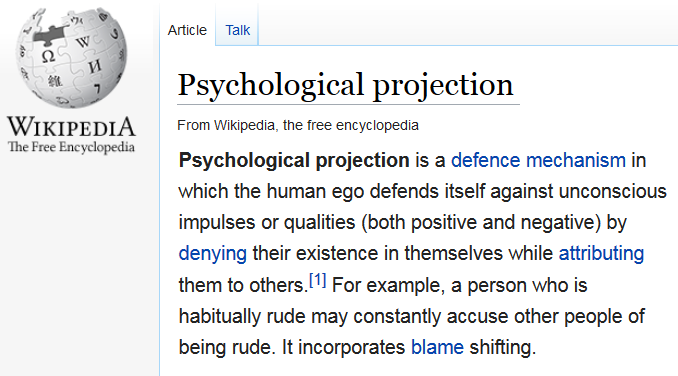 The world appears divided because you are divided within yourself. And you are not alone in this. In fact, most others are doing the same - projecting outwardly onto others what is actually taking place within themselves. This is done so one does not have to take on the responsibility that comes with becoming more mature, i.e. 'growing up'.
To paraphrase the words used by Michael Jackson, "If you want to change the world, look in the mirror, and make the change."