Re: rioters are the released prisoners
Ask Trapper

Re: rioters are the released prisoners

Remember the study in The Lancet that said hydroxychloroquine won't work against Corna? THEY PULLED IT

They knew it was a sham from DAY ONE if they did that, and now that the corona scam has failed they don't want that piece of discrediting crap on their record. BE FOREWARNED: It is now proven that the Lancet has ZERO credibility in crisis, they will do whatever it takes to accomplish a political objective, and once that objective either fails or succeeds they'll say OOPS, there's an error here. Since the vaccine scam is still accomplishing it's political objectives, they have not retracted those studies yet, but they will. BANK ON IT.

I guess Soros did not give up after all. FARMERS: BE FOREWARNED, STAND GUARD, AND SHOOT THE BASTARDS. Have EVERY GUN LOADED AND GO FOR MAX CASUALTIES. Farmers that have been warned are a freaking ridiculously difficult target, MAKE SURE YOU PAY ATTENTION TO THE COWS, and I won't give any secrets Antifa can use, but farmers DEFINITELY know one thing about their cows that is going to SCREW ANTIFA ROYALLY, especially at this time of the year. and "the back 40" can hold many secrets.

Antifa is likely comprised of a few thousand criminals released from prison, and nothing more. FARMERS: START KILLING THEM IF THEY SHOW UP. They won't last long, 5, 000 is only a lot when no one does anything to stop it.

The incredible disappearing Coronavirus (the narrative has failed) by Ron Paul. 20 minute video 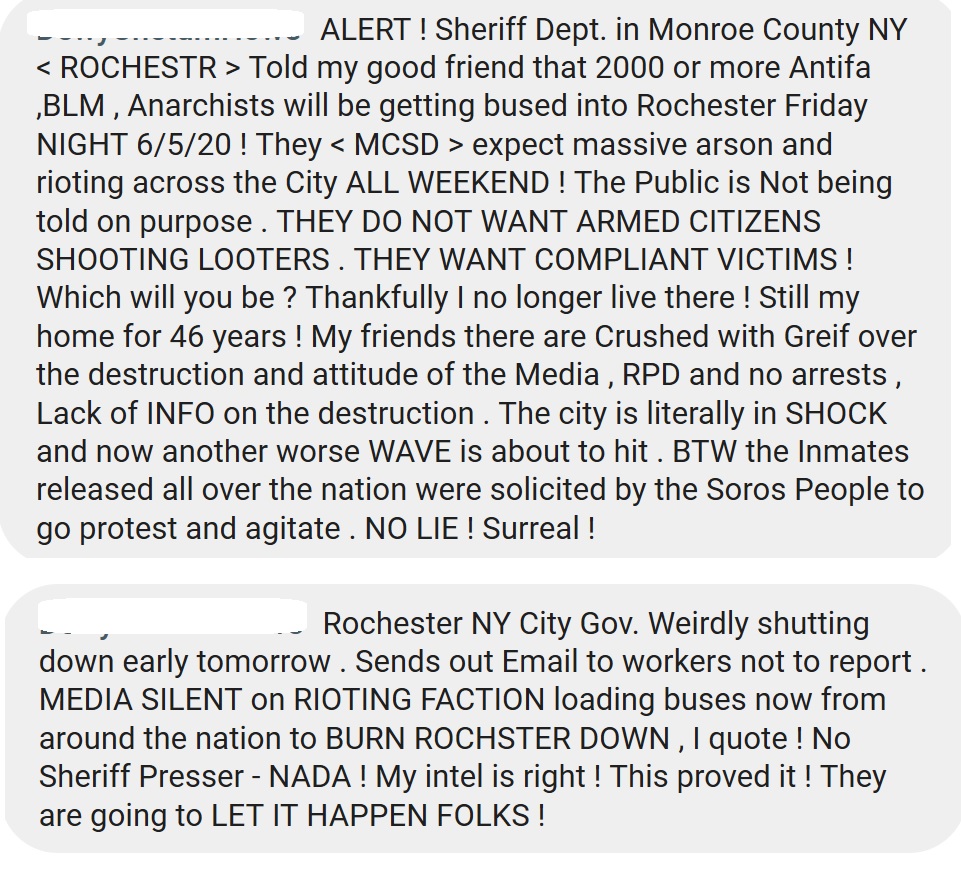 I slept on your statement and woke up appalled and upset. You lost me. Never dreamed you would let a bunch of hack politicians use your good name and reputation - earned with the blood and guts of young Marines.

You did what you said you would - engage in this discourse.

The phony protesters near Lafayette park were not peaceful and are not real. They are terrorists using idle hate filled students lo burn and destroy. They were abusing and disrespecting the police when the police were preparing the area for the 1900 curfew. Jim, this is the new nihilism. See Dan Henninger in WSJ today

Did you forget that President Bush used active duty Marines to quell the riots in LA? President Trump has countless cities and some snowflake governors and mayors welting themselves in the use of force to protect innocent lives and property. The AG of Massachusetts thinks burning property is good protest. Three more policemen were stabbed and shot in NYC last night

Think about it. Should he be upset about the obvious failure of leadership? Where are you Jim?

Marines go to the fight.

No one divided this country more than Obama. He abandoned our black brothers and sisters. He gave guns to the cartels. He apologized for our precious sacrifice and generosity overseas.

You remember, he fired you.

President Trump has done more to help our minority brothers and sisters in three years than anyone in the last fifty. Ask the black pastors. Ask the leaders of the black colleges and universities. He got them funded.

Ask them about the prison reform which ended the draconian sentences imposed on young black men by the laws enacted by Biden and his hacks.

You need to bone up on your homework and stop listening to Uncle Leon.

I understand, you had to stick to the assigned narrative which did not include three years of corrupt investigations and evidence to destroy this President, his office, and his lawful free election. Nancy has no tolerance for dissent in the ranks--including those with stars.

Maybe, your problem, is a lot deeper. Perhaps you ought to explain how and why you (and John Allen), as CG Central Command, did not engage and take out Iranian Major General Soleimani who roamed the Middle East and wreaked havoc and death of our American boys with his infamous IEDs?

Why did it take President Trump to have the instincts and balls to take him out ( of course over the objection the geniuses in the Pentagon)?

Looks like the Persian mullahs were a one horse sleigh and Trump nailed the horse.....forever. It has been quiet ever since. Perhaps, your anger is borne of embarrassment for your own failure as the leader of Central Command. Did you applaud when the President recognized the central problem in the middle east? Did you applaud the President when he wanted to save American lives by bringing them home in one piece?