you are not a victim. Just so happens that a few CZ-ers disagreed with your assertion that MRIs are "safe". There are a lot of variables, known and unknown. To not address those variables would have been, well, out of character for CZ-ers like me, Uny, Trapper and Innercalm.

Now I'm going to talk about a long-time CZ poster,  _BOB, here's a link to his profile:

As far as I know, he's one of the CZ founding fathers. At the very least, he's a global mod, ya know, one of those seldom seen yet invaluable workhorses that keep CZ on track?

So, slander me all you want, I really don't give a hoot, I know who I am. Turns out though that _BOB also has q's about the safety of MRIs. He embodies the CZ spirit, which is questioning what is commonly accepted to be "safe" in medical procedures, in this instance, MRIs.

Yeah, I think it's cool.

Lookee what I found. This blog is by _BOB: 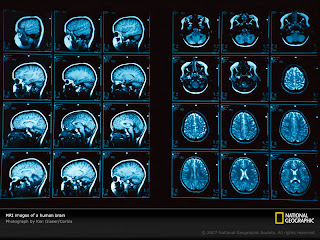 The greed driven New York Yankees have subjected injured outfielder Xavier Nady to TWO MRIs (Magnetic Resonance Imaging Scans), TWO X-Rays, and a CT scan within 3 days time in hopes of keeping his body in their outfield. Bob Mantz asks, "Are MRI scans the concussions of the 21st century?" (Concussions were belittled AND little researched by the NFL and other pro-sports organizations throughout the 20th century. Ask Al Toon and Wayne Chrebet or worse yet...ask Bobby Clarke about Eric Lindros.) Now MRI scans are basically UNresearched and prescribed like candy. (Yes, you need a prescription to get an MRI).

The dangers of repeated X-Rays and CT scans are well documented. But MRIs have become the potato chips of pro sports - you can't have just one. And watchgroups are beginning to wonder - how much damage does an MRI cause? We're not going to even touch on the extreme dangers of contrast that is sometimes used with MRIs (and whether a player has had contrast is almost never reported to the media anyway). But Google 'MRI Contrast Dangers' for a sample of the severe risks contrast can cause for patients. I personally know someone who had their kidneys destroyed after receiving contrast. They are currently on dialysis.

Last May (2008) the independent group 'The independent Advisory Group on Non-ionising Radiation on behalf of the Health Protection Agency' recommended in a 156 page report that thorough research is immediately needed when it comes to the dangers of MRIs. The HPA reacted to this report by stating that it had approved the need for an epidemiological study of possible adverse effects from high static field MRI imaging machines, due to lack of current evidence.

‘The exposures to patients and medical staff from the magnetic fields can be high and there is a shortage of information on possible adverse long-term health effects,’said HPA chairperson Sir William Stewart.

The Advisory Group's chairperson, Professor Anthony Swerdlow, added, ‘There is a pressing need for a well-conducted study of mortality and cancer incidence in workers with high occupational exposures to static magnetic fields, particularly those associated with medical MRI scanners.’

One of the reasons that the lack of good studies to date is so negligent is that thereis proof of an increase in the rates of leukaemia in people who work in other industries with high magnetic contact, such as electrolysis plants. The few studies that do exist have also shown an increase in vertigo and a metalic taste in those exposed to MRI scanners. Ryan Church anyone?

The full recommendation is available at the '156 page' link above. Usually studies regarding exposure to potentially dangerous items are limited to workers or those who might live near some source. With Magnetic Resonance Imaging we have a 3rd potential party at risk. Professional athletes.